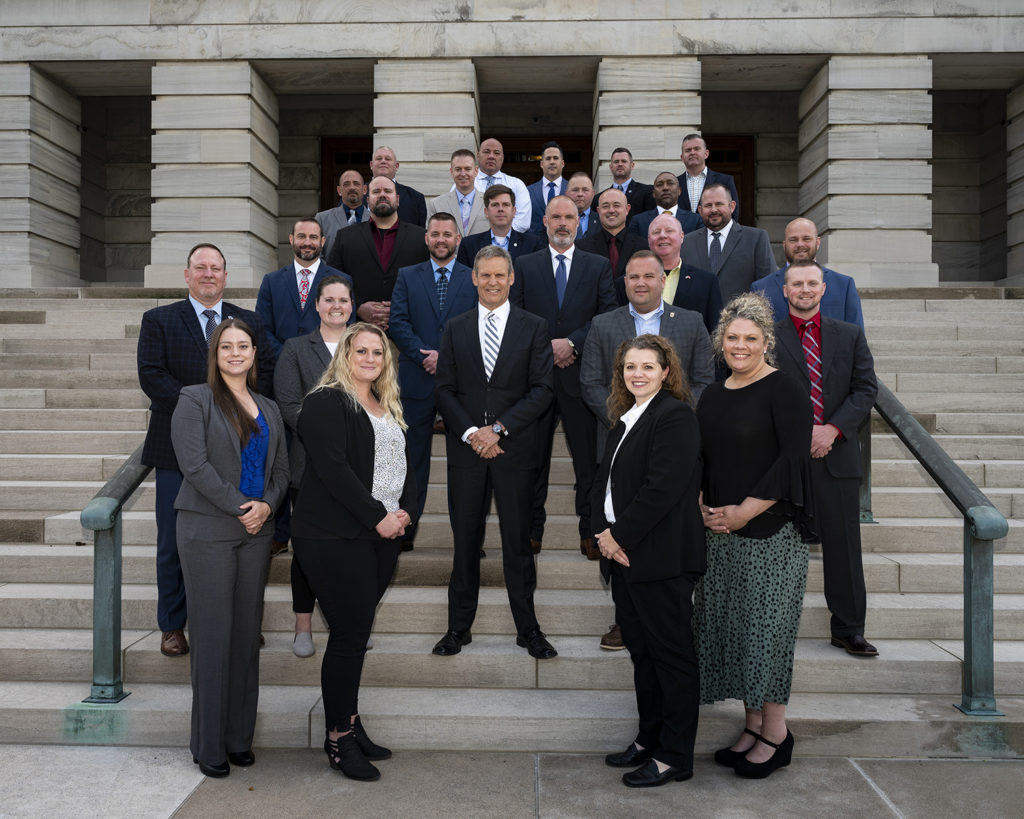 UTPD Deputy Chief Emily Simerly graduated today from the Northwestern University School of Police Staff and Command, capping the experience with her election as class president.

The intensive 10-week national management and leadership training program for senior level police staff was hosted at the Tennessee Highway Patrol Academy in Nashville. This was the Northwestern University School of Police Staff and Command’s 498th class.

Halfway through the program, Simerly’s peers elected her as class president. The honor is “truly an exceptional indication of the high regard that her classmates have for her and we at the (Northwestern Center for Public Safety) recognize this achievement,” said course director Tom Wilson.

As president, Simerly gave today’s graduation speech. She noted the impact that the command school experience has had on her and fellow classmates.

“We have gained extremely valuable knowledge during this course that we can use daily to improve our departments,” she said. “But I would argue that in many ways, we have gained something else that may be even more important. We also gained lifelong friendships and partners in our law enforcement network.” Simerly with her daughter Addi.

Per tradition of every Northwest Command School class, Simerly and her peers provided a legacy gift. They raised $6,500 for the family of a Texas Department of Public Safety trooper who was killed in the line of duty in March. Trooper Chad Walker succumbed to gunshot wounds when he was ambushed while stopping to assist what he believed was a disabled vehicle near Mexia, Texas. One of Simerly’s classmates will present the funds to the trooper’s wife.