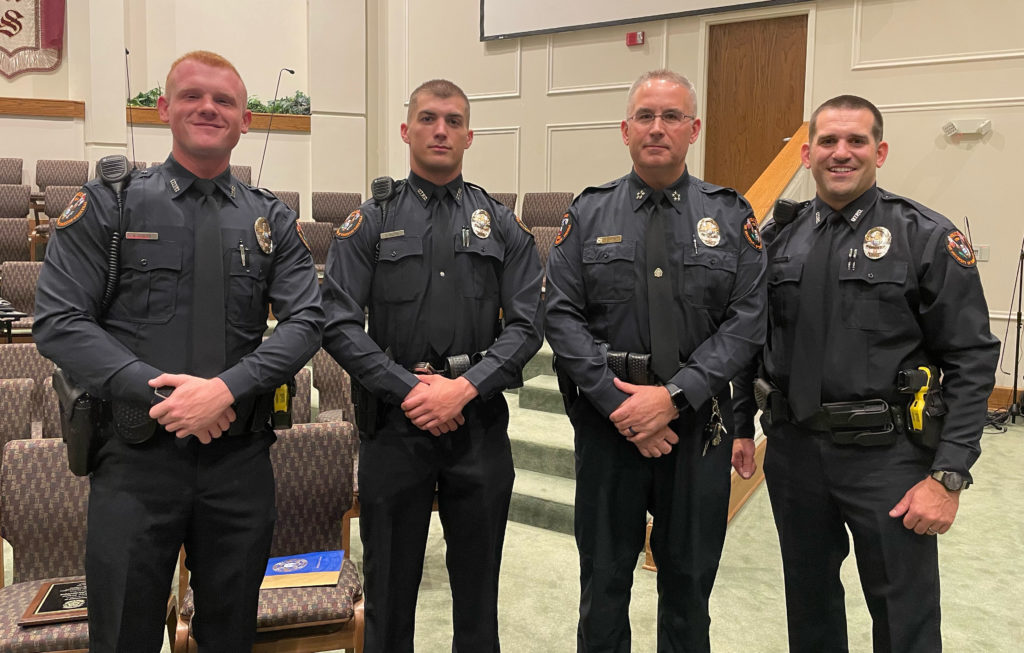 UTPD officers completed police academy Friday and walked away with some of the highest accolades of their graduating class. Officers Andrew Zeigler, Nick Swarthout and Ryan Collins were part of the class of 39 officers from across Tennessee who graduated from the Blount County Sheriff’s Office Basic Law Enforcement Training Academy.

Zeigler was named the class valedictorian. For his top academic achievement, he received a scholarship from Bethel University.

Swarthout received the Don E. Boring Law Enforcement Award of Excellence. It is awarded by the Fraternal Order of Police, Bud Allison Memorial Lodge #9 in Maryville, to the recruit who displays honesty, integrity, perseverance, team spirit, and the desire to excel. The award is given in honor of retired Chief Don E. Boring, who set the standard for law enforcement at the Maryville Police Department and at the Blount County Sheriff’s Office. Swarthout, who was also named class president, delivered a rousing speech to his fellow graduates. He exhorted them to hold the line when performing their sworn duty by backing up their words with actions, inspiring people to be better, removing obstacles for others, loving others well and persevering under pressure.

“While holding the line is a noble endeavor, it’s not an easy one, it’s not for the faint of heart,” Swarthout said. “While we have learned much these past 12 weeks, we still have much to learn, and if we err on the side of wisdom, we will maintain a posture of learning throughout the course of our lives.”